Sacking their own Fortress 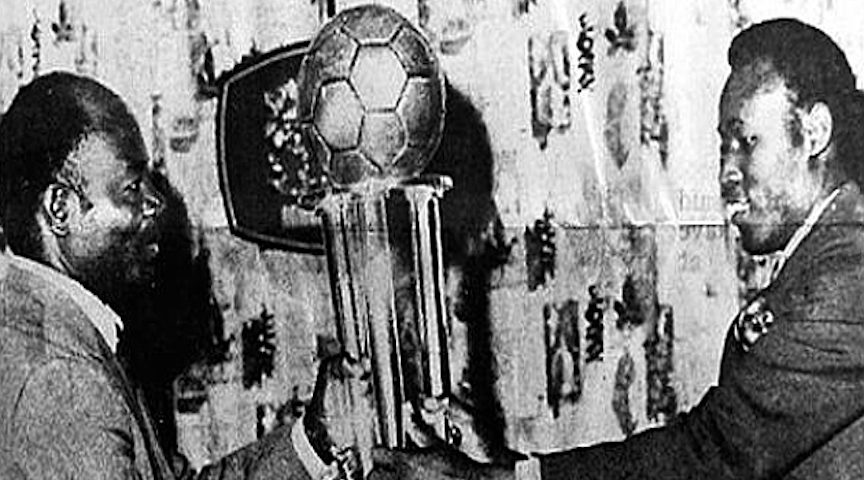 Zambia’s Africa Cup of Nations (AFCON) success in 1974 established the coach Ante Buselić was there to stay. Godfrey Chitalu did not fit Buselić’s plans, so the disciplinarian decided that he could do without Chitalu throughout 1975.

In his absence, Zambia failed to qualify for the 1976 AFCON. They also failed miserably in the 1975 CECAFA Cup. They were eliminated in the group stage without winning a single match, with a negative goal-difference and zero points. It was a disastrous campaign, made worse by the fact that Zambia was the host.

Chitalu made a brief return to the KK11 in February 1976 against Nigeria in Chingola. He did not score and was cast aside for another year. His next return to the national team left him determined to silence the detractors.

A change in management opened the door for Chitalu. His return in a World Cup qualifier on February 13th 1977 extended his goal drought, but that was about to end. A fortnight later, he began warming up on his own volition. Chants of ‘Ucar, Ucar’ broke out. Ndola United’s Burton Mugala was replaced by Chitalu. Africa’s Goal King scored a brace to secure a 4-2 win. Chitalu was back. He went one better in his next match.

When he walked into the changing room for the half-time break in the 8-1 mauling of Malawi on March 26th 1977, Chitalu had no idea that the brace he scored in the first half closed the first half of his international career at a respectable 36.

He added a third in the second half. Three months later another brace took the AFCON qualifier against Algeria to penalties. Zambia won 6-5, meaning the KK11 would take part in the 1978 tournament in Ghana.

Battle of the Greats

It would boast three of the greatest players Africa ever produced – two on the path to greatness and the other approaching the dusk of a sensational career, or so it would have been for most players.

But Chitalu was no ordinary player – he was a rare and special talent who would defy the odds and even the laws of ageing that govern most footballers. The second half of his international career proved more prolific than the first and was achieved in less than half the time – an incredible return, especially for a player written off when supposedly at his prime.

All three were in the same group, so at least one was going no further.

Having done so much to earn a second bite at AFCON, fate conspired against him almost immediately. Obby Kapita gave Zambia a shock lead against the hosts after 8 minutes. The late great Opoku Afriye – Uganda’s Phillip Omondi and Nigeria’s Segun Odegbami tied Afriye for top-scorer in the competition – equalised, and Player of the Tournament Abdul Razak Karim got the winner.

But Zambia had suffered a bigger loss than two points – Chitalu went off nursing a bad injury. He was forced off the pitch with a hamstring injury on March 5th.

He missed the second match against Upper Volta – by far the most fortunate qualifier – as both Ivory Coast and Mali were disqualified.1] Bizwell Phiri and Patrick Phiri kept Zambia in the hunt.

The Kabwe Warriors striker was determined to make an impact. Just five days after the hamstring injury forced him off the pitch, Chitalu played against Nigeria at the Accra Sports Stadium. Trying to play through the pain, he was forced off again by the injury.

Chitalu’s last bite at the Africa Cup of Nations had shown his character but ended in failure. He would, however, bounce back with a vengeance in another international tournament later that year. In fact, he would rewrite its records.

[1] Ivory Coast had fielded an ineligible player in the second leg and Malian security had been unruly in the first leg.