Football Crazy – Introduction (Part One) All the World’s A Stage 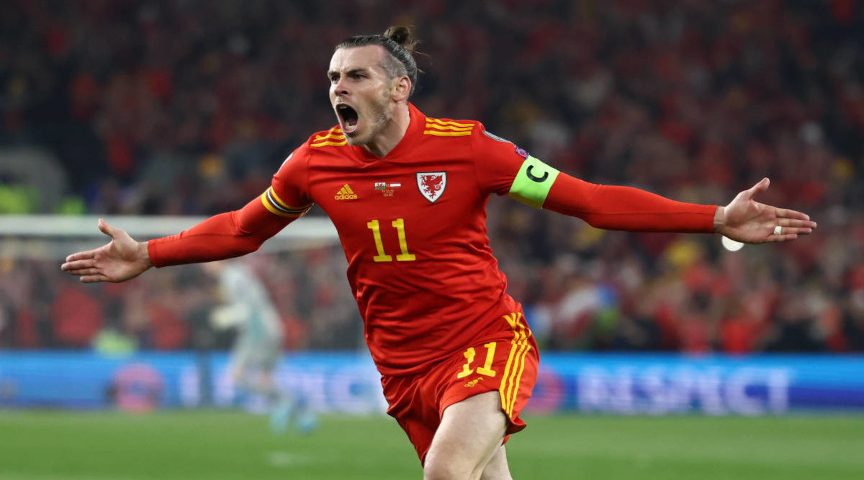 Despite the uncertainty caused by the Ukraine Crisis, Wales took a big step toward reaching their first World Cup since 1958. Gareth Bale’s brace capped off a great display by Wales’ captain in the 2-1 win over Austria, but the reaction in Madrid was vastly different. Bale earns 600000 per week, but has only played five times for his club Real Madrid this season. Bale hit back at his critics in Spain.

Hoffenheim midfielder Christoph Baumgartner’s crude block on Harry Wilson deservedly earned him a booking. Bale’s excellent free-kick after 25 minutes from just outside the area beat Basel’s Heinz Lindner at his near post. Nevertheless, Baumgartner had a match to forget. Not only did he concede the free-kick that led to the goal, but he also spurned Austria’s best opportunity when he latched on to a wayward pass by Aaron Ramsey but with just Wayne Hennessey to beat, his lofted shot cleared Hennessey but rebounded off the crossbar – he really had to score.

Wales deservedly led 1-0 at the break, but despite presentable opportunities could not extend their lead. Daniel James won a corner six minutes into the second half. A short corner enabled James to whip in a cross that was touched on b Ben Davies on to Bale who lashed it in past Lindner to double Wales’ lead. Thirteen minutes later Marcel Sabitzer’s speculative shot deflected off Davies and looped over the stranded Wayne Hennessey to halve the deficit.

Lindner did well to deny Aaron Ramsey just before half time and Marko Arnautovic failed to convert two chances, one by a heavy touch allowing Hennessey to claim the ball and the other a weak header that Hennessey saved easily. Wales created chances too but failed to take advantage of them.

Austria’s defeat has ended their hopes of qualifying for the World Cup and put further pressure on coach Franko Fodo. Meanwhile, Wales’ manager, Rob Page, has moved a step closer to making history. Chris Coleman broke Wales’ big tournament absence in the 2016 Euros, 58 years after they qualified for the World Cup. Both Coleman and his successor Ryan Giggs acknowledged the importance of continuing the progress made by qualifying for their first major tournament since 1958, but Wales missed out on the World Cup in 2018, after losing a semi-final to eventual winners Portugal in 2016.

They qualified for Euro 2020 and their win moves them a step closer to this winter’s World Cup. Page’s charges will meet the winner of Scotland versus Ukraine to determine who will go to Qatar.

64 years ago Wales qualified for Sweden’s World Cup in a controversial fashion after Turkey, Indonesia, Egypt, and Sudan refused to play Israel in the World Group. FIFA ordered a play-off which Belgium declined. Wales beat Israel to qualify, giving Europe an extra place in 1958’s World Cup. This happened because Asian teams – Israel was in the Asian group, but Turkey and Indonesia would not play them, and nor would Egypt and Sudan. FIFA insisted on at least one match, so Belgium was offered the chance which was refused Wales accepted and beat Israel over two legs, meaning Europe got an extra place. Wales made the most of their unexpected opportunity.