There was no African Nations Championship (CHAN) in Segun Odegbami’s day. The Nigerian legend didn’t need it to showcase his abilities. At that time African footballers tended to play in Africa. Odegbami was no different. He graced football in his own continent throughout his distinguished career.

It did him no harm on the pitch. Odegbami figures prominently in any sensible conversation on African greats. Odegbami, known as ‘Mathematical’ was joint top-scorer at the Africa Cup of Nations’ tournaments in 1978 and 1980. He excelled both for club and country and did so without securing a lucrative move abroad.

But football has changed a lot in the four decades since the pinnacle of Odegbami’s achievements. There is money in football now – a great deal more than in Odegbami’s day, but in Africa that is confined to few leagues, and even those, struggle to compete with Europe or the lucrative (in terms of riches at least) leagues of the Middle-East and China.

Football is a short career – at least in terms of earning potential. For African players, especially, that means taking advantage of opportunities.

But for every Didier Drogba or Samuel Eto’o there are hundreds or thousands of horror stories. The CHAN offers an important opportunity – highlighting the talent available in African leagues.

Nigerian legend, Segun Odegbami, has an interesting perspective on the CHAN.

Nigerians now see playing in the top European leagues as the pinnacle of success. Odegbami has a more balanced view.

“I don’t think very highly of CHAN,” Odegbami told me.

“The objective of using it to celebrate domestic African football and its players is hardly ever achieved.”

Sadly, he is right. With precious little exceptions the CHAN fails to launch local talent into the highest echelons of football. How many progress from the local national team into the full national team – one of the major points of the CHAN? How many secure lucrative moves to better leagues, let alone lucrative ones? And how many achieve both?

Morocco proved a notable exception at the 6th CHAN. It remains to be seen if Cameroon’s event will also buck the trend, but the Central African giants also see success being measured by achievement in Europe.

CHAN winners Achraf Bencharki and the local Atlas Lions’ captain Badr Benoun both secured lucrative moves within African football. The Raja Casablanca teammates moved to bitter Cairo rivals Zamalek and Al-Ahly. These were lucrative moves within African football. Both made an impact in the main Atlas Lions too. They are undoubtedly a huge success for the CHAN.

Odegbami agrees with Zambian legend Kalusha Bwalya’s suggestion that the CHAN should be open to players exhibiting their skills in any African league.

“Yes it should [work],” Odegbami said. “I foresee no challenges.”

“The players in the domestic league of the big football nations hardly ever end up in their national teams that are dominated by the foreign legion from Europe,” Odegbami said.

Again, it is hard to argue. In fact, the absence of West African giants, Nigeria and Ghana tell a sad tale. Why are they absent?

Togo sent Nigeria packing for two reasons. One, Nigeria lacks the top local talent it boasted in Odegbami’s day, and two, such talent if it is found, can’t wait to test itself in a European league.

After all, these players know that the CHAN is not seen as a route into the Super-Eagles set up. So, the CHAN is not taken seriously by Nigerian players. That perception must change if the CHAN is to achieve its purpose, at least in Nigeria.

Ghana also missed out – sent packing by Burkina Faso. Ghanaian footballers also look to prove themselves abroad. Lucrative moves benefit them both as a route into the Black Stars and also the riches available to players. They don’t see the CHAN as the main route to achieving that.

While there is more money in football than in Odegbami’s day, it doesn’t compare to the riches on offer in Europe, the Middle-East and China. A lot more needs to be offered to make the CHAN attractive.

“Eventually, when the domestic leagues get better organised and more lucrative, and reduce the migration rate of local players abroad, CHAN’s objectives shall be met and players from the competition shall be found to be good enough for their national teams.”

The benefit of CHAN will reveal itself, but in the future, Odegbami thinks.

“So, on paper CHAN is a good and prospectively important competition, but its benefit to countries’ national teams is still down the road.” 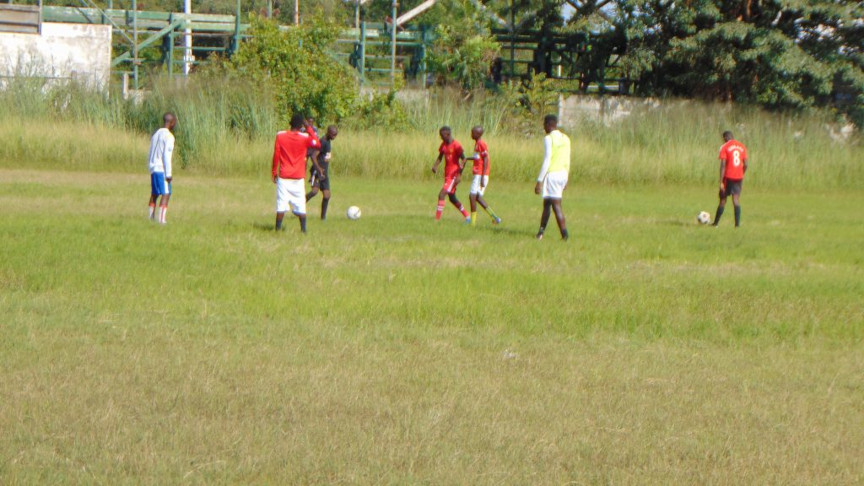