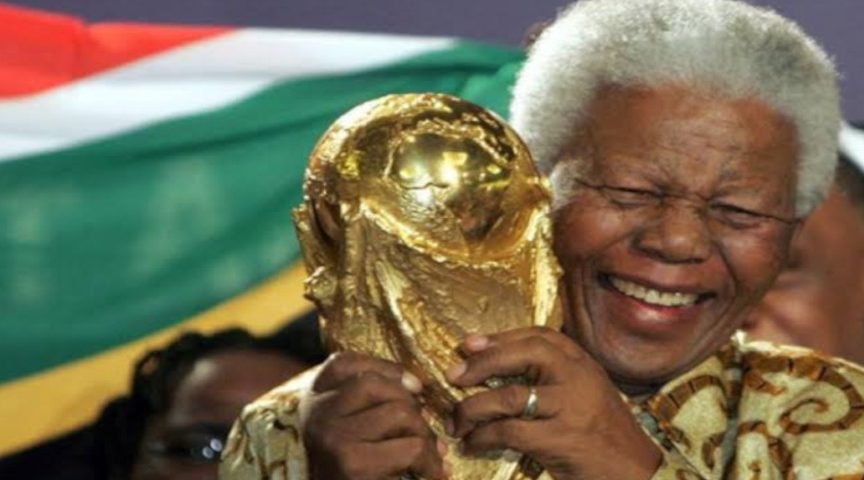 Abnormal Sport in an Abnormal Society

In an era where English football is taking a stand against racism with a nod to the Black Lives Matter movement by taking a knee before matches since the resumption of football after the COVID-19 pandemic halted football and everything else, it is timely to look at football’s contribution to the worst racist abomination – Apartheid.

South Africa had suffered a long exile from African sport – there was no argument that there could not be normal sport in an abnormal society, and South African society under Apartheid was as abnormal as it was possible to be.

It was South Africa’s liberation movements and sportsmen and women disadvantaged by a crime against humanity – Apartheid – that said so They calleed for South Africa’s exclusion from sport including the Olympic Games.

South Africa had been a founder member of the Confederation of African Football (CAF), but was quickly suspended when its co-founding nations, Egypt, Ethiopia and Sudan refused to allow South Africa to send a non-racially mixed team to the first AFCON in 1957.

Apartheid sport would not be allowed to showcase its racism at AFCON’s and rightly so.

Founder member or not South Africa would be a thorny issue, just a few years after then National Party Prime Minister Daniel Malan established Apartheid in South Africa. He was granted dictatorial powers to suppress anti-Apartheid activism in 1953. A year later he resigned – the same year that significant events took place regarding African football.

Following constructive talks at the FIFA Congress in Lisbon on June 7th 1956, CAF was established in Khartoum on February 8th 1957 – just under a month before Ghana became independent.

The build-up to the formation of CAF had begun in 1954, after the FIFA Congress a year earlier had concluded that an African should be on FIFA’s Executive Committee (ExCo).

Egyptian, Abdelaziz Abdallah Salem, was given that honour, taking up his position in 1954, before CAF was formed.

Argentina had objected, saying that African football was not competitive enough to deserve representation on FIFA’s ExCo. Significantly, Africa was accepted as a FIFA zone at FIFA’s Congress in Bern, Switzerland, in 1954.

Salem became the first President of CAF. The first AFCON trophy was named in his honour. His Presidency of CAF lasted until 1958. He was succeeded by compatriot General Abdel Aziz Moustafa who stayed in office until 1968.

Sudan’s Abdel Halim Muhammad was the first non-Egyptian President of CAF. He is also the only person to head CAF twice – sandwiching the Presidency of Ethiopian former player, coach, referee, and administrator, Yidnekatchew Tessema.

The only Ethiopian leader of CAF has been strongly criticised for his treatment of Eritreans, especially by the Eritrea-born captain of Ethiopia’s 1962 AFCON-winning team, Luciano Vassallo. However, Tessema proved to be an implacable opponent of Apartheid, refusing to allow even a founder-member of CAF to abuse the sport to achieve racist ends.

South Africa was expelled from FIFA during Tessema’s Presidency, as CAF members supported the Brasilian João Havelange’s bid for the Presidency of FIFA. Havelange campaigned on the basis that if he ousted incumbent, Sir Stanley Rous, the renegade Apartheid state would be expelled from FIFA. He kept his word.

Important events in CAF’s policies and the thorny issue of what to do about South Africa’s appalling racist state were tackled during these Presidencies of CAF. The contrast between CAF’s actions and FIFA’s are telling.